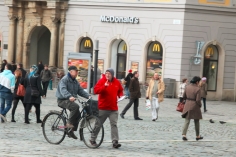 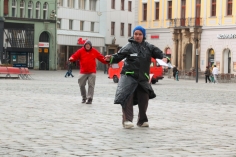 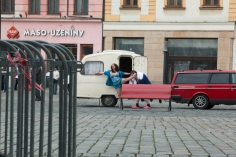 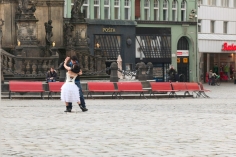 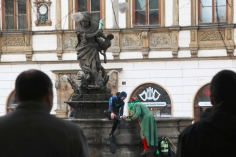 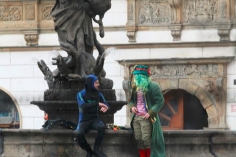 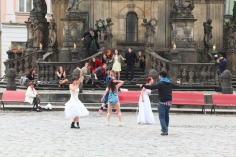 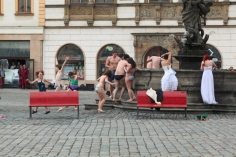 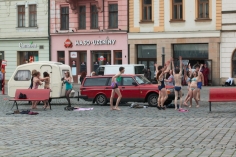 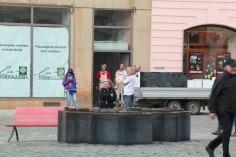 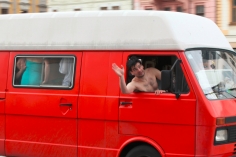 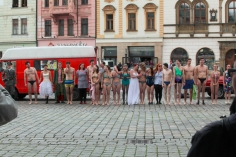 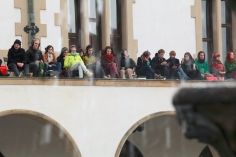 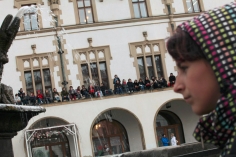 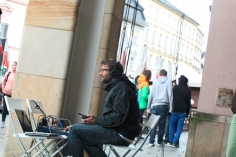 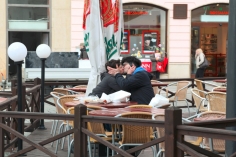 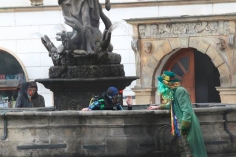 A one-off street site-specific project by the Vosto5 Theatre and its friends in Olomouc as part of the Divadelní Flora 2014 Festival, in which audiences from hidden places inconspicuously watch the events with a blurred boundary between reality and fiction. The participants are mixed in the hustle of unsuspecting residents of Olomouc and liven up their regular day via playful etudes. Random passers-by can become part of this original performance, as can obtrusive pigeons and mythical creatures. Audiences saw the Upper Square in Olomouc from an unexpected perspective and thanks to headphones listened in on the slightly altered reality of an ordinary weekday. A one-of-a-kind street happening culminating in a street happy ending!